October 08, 2019
We celebrate it every year.  No not her heaven day.  That very special day 15 days before.  You see Makiah went home to be with Jesus on October 8th, 2010.  It was a day that radically shifted everything about my life.  It seemed back then that all that was good had been shattered totally beyond repair.  Joy seemed impossible.  The very first anniversary in October of 2011 we took a trip to Amish country with our 7 month old twins.  It was on that trip that I had such a strong impression we needed another baby in our arms by the next year.

I visited the doctor at the very end of the January after that to start the process of infertility treatments again.  The timeline that had been in my mind seemed impossible.  Except what I didn’t know sitting in that doctor’s office in Florida and discussing our options for moving forward was that I was already 4 weeks pregnant!  It would be a few more weeks before I figured it out because it was impossible.

The day I woke up feeling so bad and thinking I would take a pregnancy test so I could get started on those infertility treatments the doctor had prescribed was the day I got my first taste of what God can do with the impossible.  I will never forget the utter shock and the laugh outloud that bubbled up from somewhere deep inside when I saw those two lines on that pregnancy test.  The laughter came from a place I thought was dead forever.  I sensed in my heart for the first time since Makiah was taken that God really did love me.  A feeling I thought I might never “feel” again even though I knew in my head it was true… that joy had seemed impossible.  Until that day.

Fast forward with me to last week.  I had just returned from the Divine Women’s Conference, and I have been going over my notes trying to soak up all the truth that was poured out on me.  I was drawn one early morning to my notes from Divine 2018.  A message Jenzen Franklin preached about Esther and Purim caught my eye.  Purim is actually the plural in Hebrew that refers to the casting of lots.   In Esther 3:7 the wicked Haman cast lots to determine what day would be the day of destruction for the Jews.   The King followed Haman’s lead (3:9) and a decree was sent out declaring that on a certain day all of the Jewish people would be wiped out.  What the King did not know was that his beloved queen was also Jewish.  The book of Esther tells the beautiful story of how God used the divine positioning of Esther and her courage to deliver the Jewish people.  In Esther 9:21 we read that a letter was sent out with a different decree.  That verse tells us that the Jews were to celebrate annually the feast of Purim… or  the day that a different lot was cast.

In my notes I had written that Pastor Jenzen said the enemy has cast one lot and decreed destruction, but God...  But God has cast a different lot and declared a day of deliverance for the Jewish people- and us.  I know that on October 8th of 2010, the enemy had decreed the dectruction not just of Makiah’s life but of our faith and the faith of the future generations that would belong to us.   The safe delivery of the twins kept me breathing, but the birth of Maddie Grace brought my heart and hope back to life.  What grabbed me as I read through my notes last week was that Esther 9:21 declares the day of annual celebration and 9:22 explains why…

9:21-22 “(21) to have them celebrate annually the fourteenth and fifteenth days of the month of Adar (22) as the time when the Jews got relief from their enemies, and as the month when their sorrow was turned into joy and their mourning into a day of celebration…”

I want you to see this with me.  You’ll never guess when our little Grace baby was born…
September 21… on 9/21… did you catch the reference for the decree of the annual celebration of the day God turned their mourning into joy???  The day he cast a different lot?  The Day of Deliverance instead of destruction??  The verse that established it was Esther 9:21!  Just sit here with me for a minute if you will.

It has taken me nine years to see this!  Only a sovereign, loving God could have worked it out for this little miracle who brought the love of God crashing back into my heart to be born exactly on 9/21… the same reference number as the declaration of the annual celebration of sorrow turned to joy in Esther!!!

The name of God does not appear anywhere in the book of Esther.  There is prayer and fasting, but God himself is not mentioned.  He appears to be silent.  And there are seasons in our lives where God is not evident.  Surely this was one for me.  On October 8th, 2010 when Makiah was killed, it seemed God was nowhere to be found.  But he was working and just like in the book of Esther, God’s fingerprints are everywhere.  What was impossible has become possible.  And now 15 days before Makiah’s heaven day we annually celebrate the day that I personally got relief from my enemies and my sorrow has been turned into joy and my mourning into a day of celebration!

My prayer on this 9th year of Makiah’s heaven day is that her story would go far and wide.  Every year I find myself needing to write about her name… Makiah from the Hebrew that means “Who is like Yahweh?”  Once again I am sitting in awe and marveling at the prophetic nature of her name and how the marvelous hand of God is at work in our lives even when we cannot see it at first.  His fingerprints are everywhere.  Give us eyes to see, Lord, that what the enemy decreed as a day of destruction, our God can turn to a day of deliverance!  Makiah lives in heaven now, but the testimony of Jesus has not been wiped out of our family!  In fact the scars in our hands and the resurrection in our hearts that were dead but now are alive declare it even more loudly!

Popular posts from this blog

October 23, 2010
In a single second my life has been radically altered.  My precious gift from God, sweet Makiah Kaitlyn, has gone to be with Jesus long before her time.  I know in my heart that she is happy, but my arms are so empty... my house so dreadfully quiet.  I feel at times that a horrible blackness has enveloped me.  I feel as though my insides are screaming.  I am clawing and fighting to break out of this torturous body- to escape from this oppressive reality, but I cannot escape.  The dark anguish leaps on me again and again.  It sits on my chest and presses against my very life breath.  My heart feels utterly crushed and broken- pummeled into a thousand pieces.  Life as I knew it has been shattered and the shards that are left are painful and sharp.  Cutting me as I try to walk through them.  This is the valley of the shadow of death.  How dark is that shadow!

Her room is perfectly untouched.  All of the dolls in her dollhouse family are piled into their little bed together where she left…
Post a Comment
Read more

October 26, 2010
Outside the sky is grey and dreary.  I feel it should rain torrents today.  I think the whole earth should cry out in grief.  I feel my heart pounding in my head.  My eyes will barely open, and I think no more tears can possibly come.  Maybe I will stand in the rain and borrow the tears from the sky.

I look down at sparkly pink toes, and they are lonely.  Makiah, our last Sunday together you spent the morning in bed with Mommy (because I am on bed rest).  We ate fruit loops and snuggled.  We practiced drawing your letters and painted our fingers and toes.  You wanted rainbow toes, but I didn't have the colors with me.  I promised I'd paint you rainbow toes later.  Once we were all pink you said, "I got an idea!  Let's put sparklies over the pink, and you have to do it, too, Mommy, so we can be twins!"  You are such a princess!  So pink toes became sparkly toes.  We giggled and hugged and admired our matching feet.

November 03, 2010
My eyes filled with tears when my mother-n-law told me of her friend's idea.  This sweet lady, whom I've never met, wanted to know if she could do something special in honor of Makiah.  She said God had put it on her heart to start a well project for her.  She would sell "living water well charms" through Operation Blessing International to raise money to build a well for underprivelaged children in a poverty stricken country.  She said when 600 charms have been purchased, a well with a permanent plaque would be built to commemorate Makiah's life.  Not only was this an amazing idea, it was linked to my daughter's heart in a way that shocked me...

What this thoughtful lady could not have known was that only 2 weeks before the accident, Makiah came into the kitchen on a Sunday morning carrying her whole piggy bank.  She told me she wanted to take it all to "give to the kids who need clean water."  The preschool class at church had been raising money t…
Post a Comment
Read more

Rachel
I am a follower of Jesus. I have a wonderful husband and five girls... a sweet princess in heaven, twins that are eight, a six year old, and a four year old. 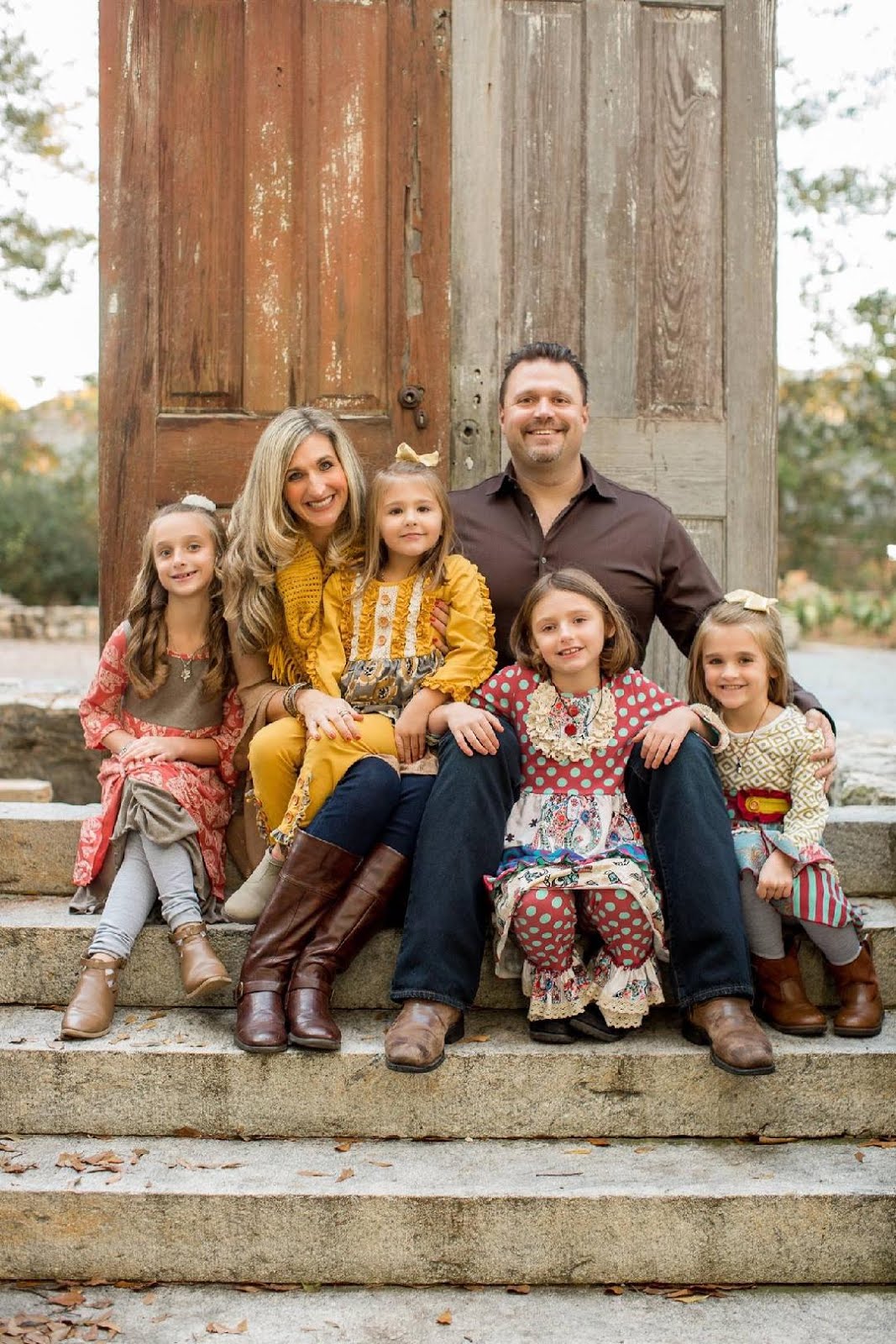 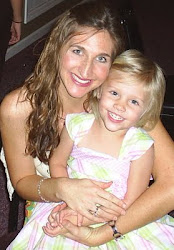 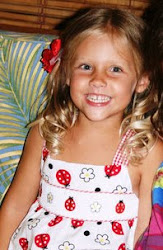 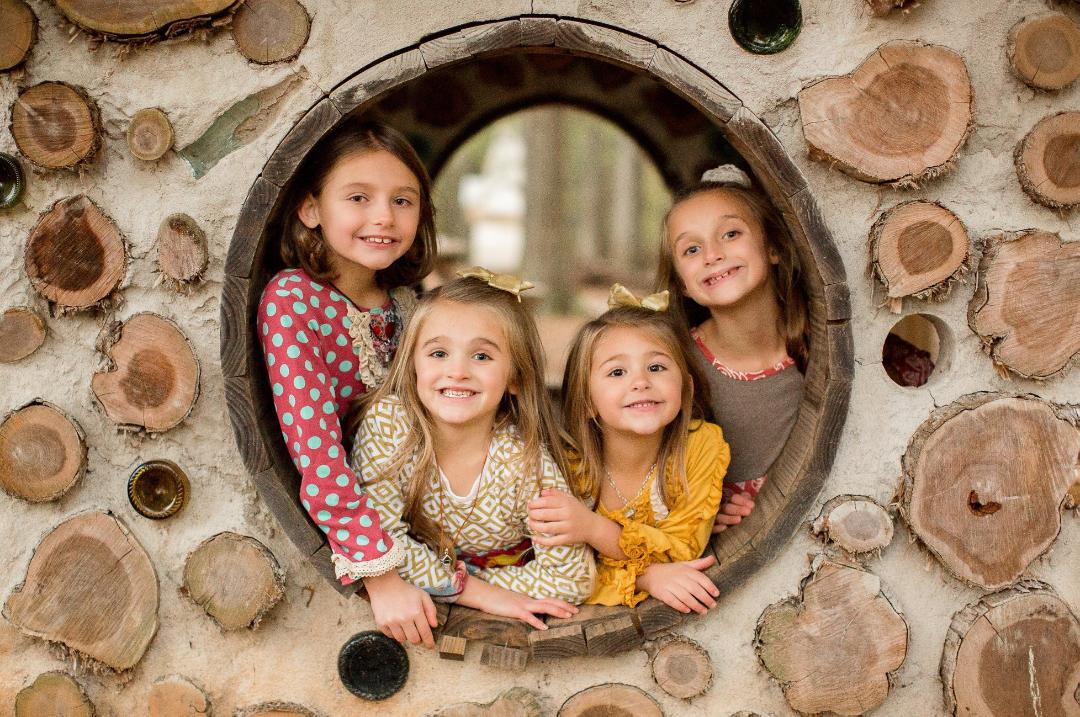 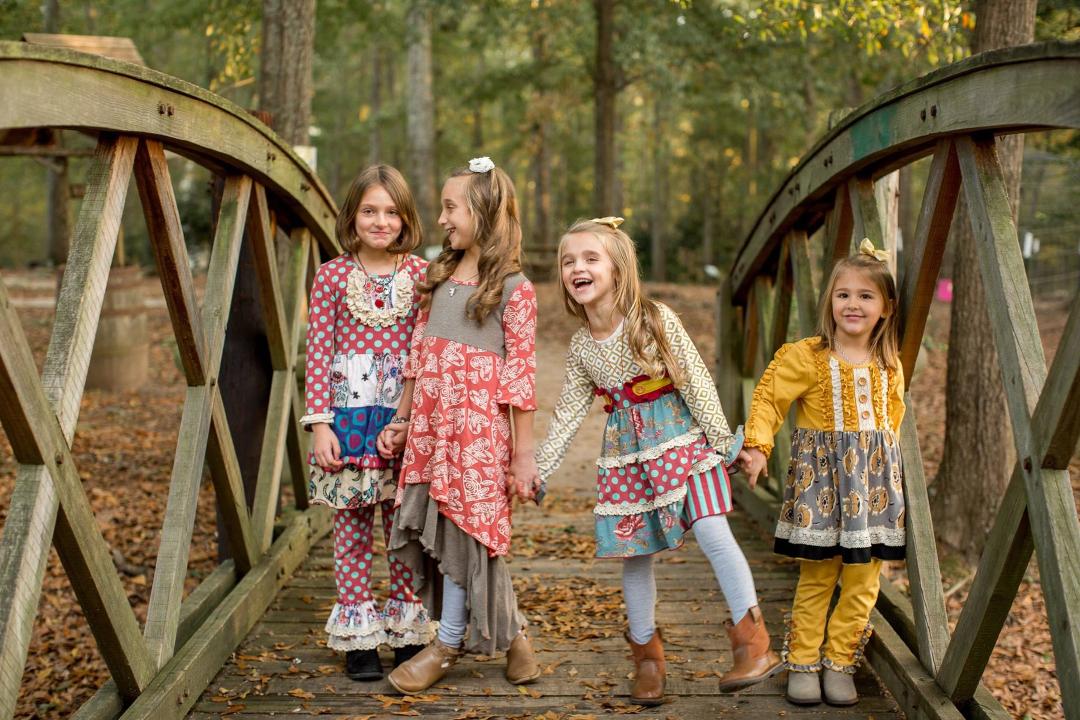 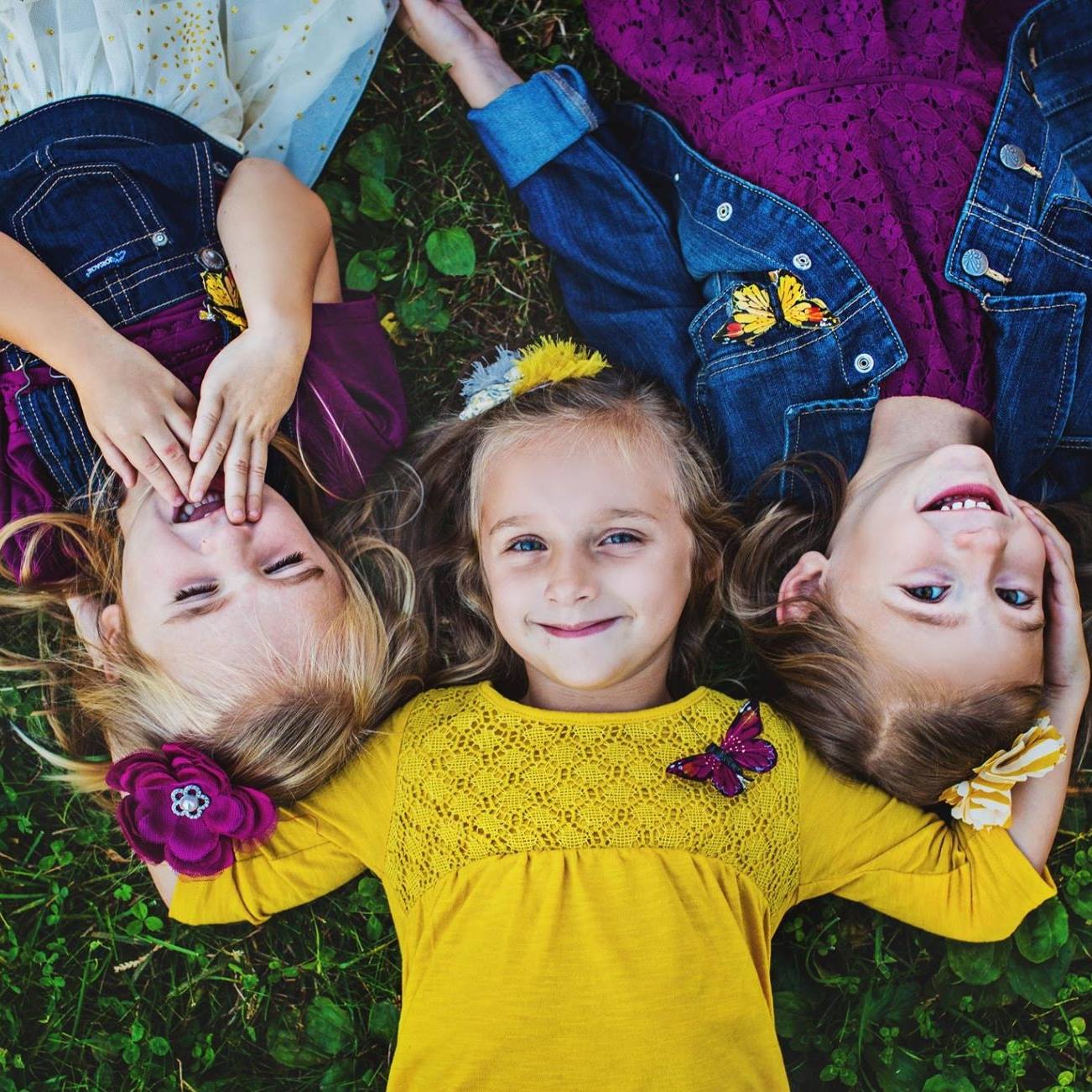 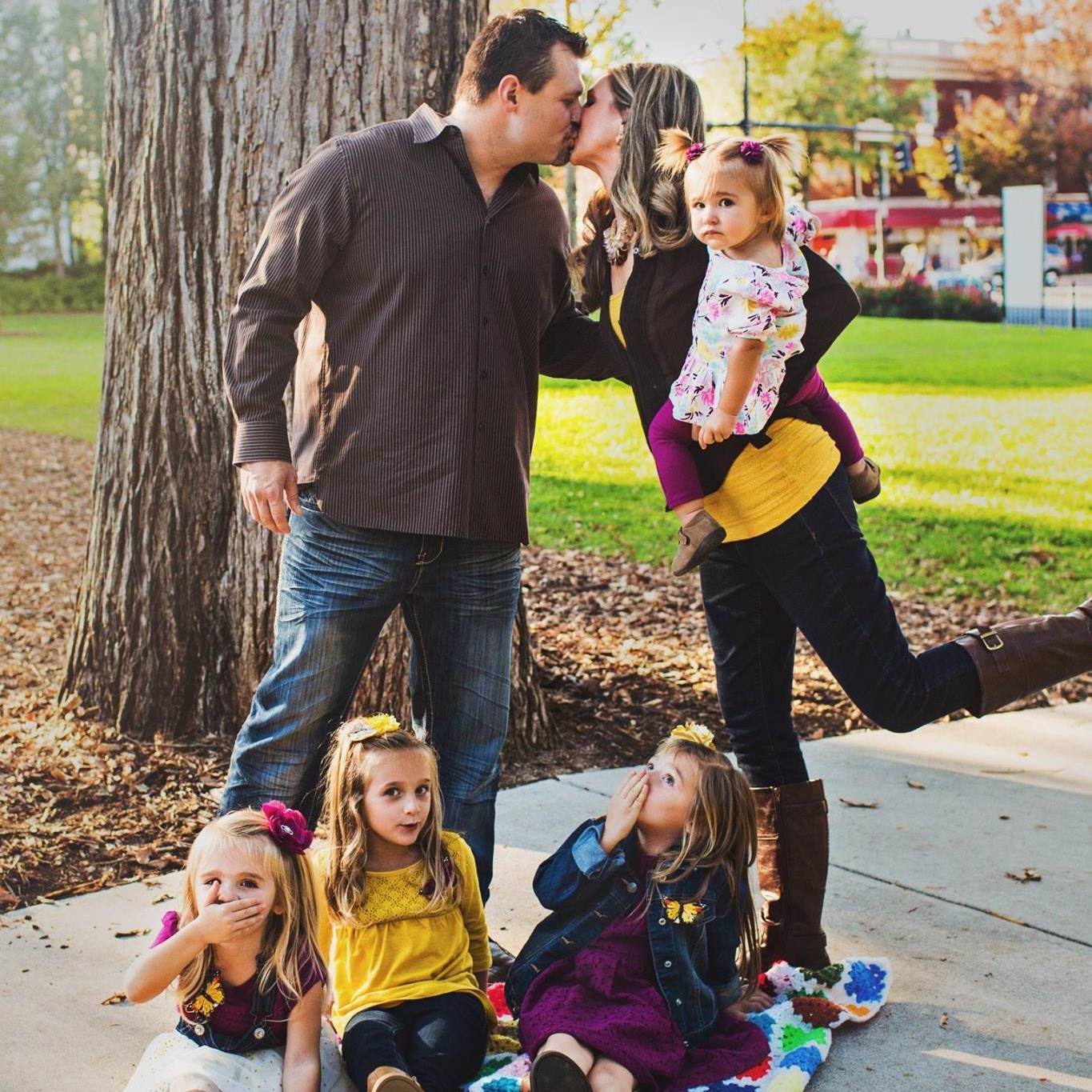 Makiah a few weeks before the wreck. 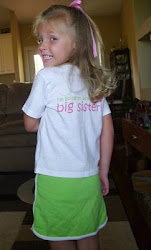 She couldn't wait to be a big sister! 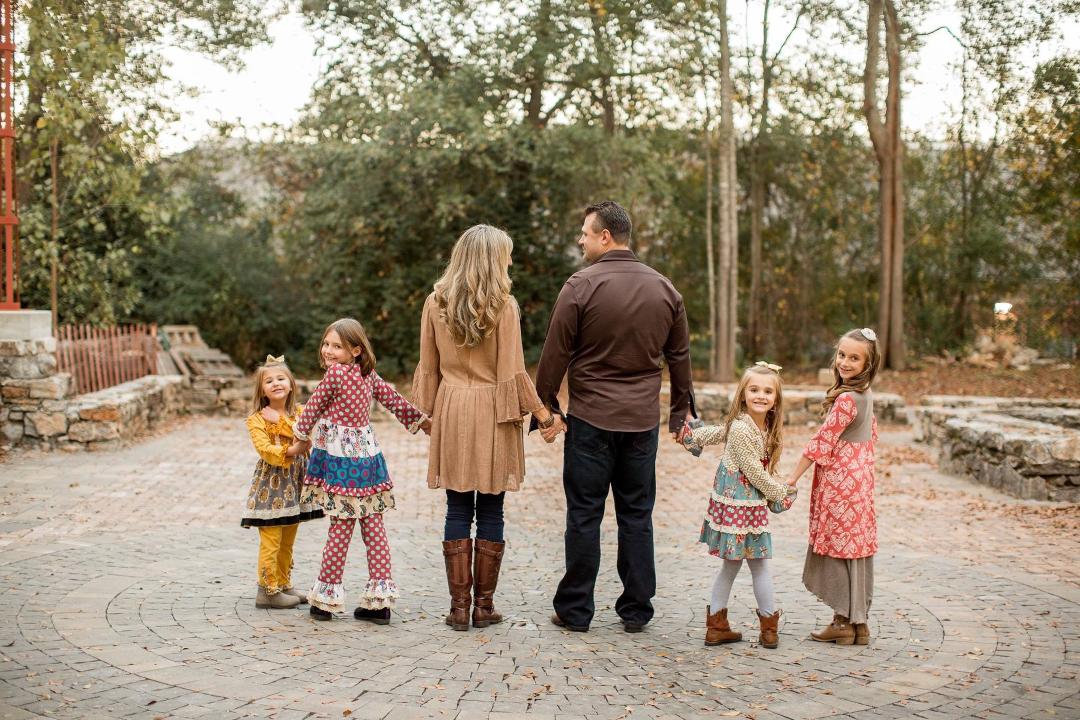